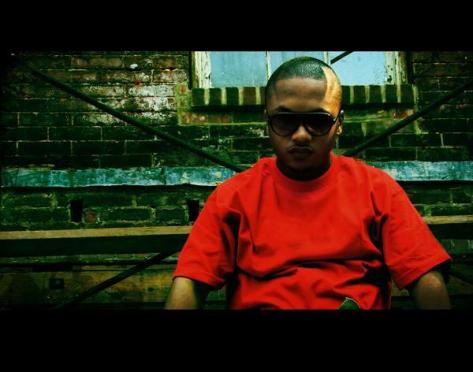 Crabzinabarrel.com has been providing you with the latest info of up and coming artists who have the talent and style to make it to the top. But we don’t just stop at posts and videos, that would be boring, we bring you the exclusives on just what these artists have to say! With that said Crabzinabarrel.com is proud to bring you our interview with the Baltimore artist Greenspan. Fresh off his hot new mixtape “When The Sky Turns Green” Greenspan is making a name for himself in hip hop world. No stranger to the mic, Greenspan has been on his grind giving us fire with his “Got Green” mixtape that first got us hooked and opening for artists like Wale and Big Sean. Whether you find him shutting down the stage at Sonar in Baltimore or making moves with some of the best producers like Judah at U St in DC, rest assured he turns the sky green where ever he goes. Without further ado we give you…Greenspan!

El Solo Dolo: Why did you choose the name Greenspan? Why not brownspan, Purplespan, or Greyspan?

Greenspan: Art allows you to be creative with your style and identity…so Greenspan is who I am. Federal Reserve Music!

El Solo Dolo: What made you want to pursue a career as a rapper and How old were you when you first started writing?

Greenspan: I started taking this craft serious in 2003. I started writing years back… maybe 1995-96. I didn’t have it together then. I was just doin it, you feel me… I use to call myself ‘Raw Talent’…that would have went nowhere. lol

Greenspan: AZ, UGK, Erykah Badu, Mos Def, Andre 3000…There are many more… For their passion and self awareness.

El Solo Dolo: What motivates you?

El Solo Dolo: Being just another hip hop artist what separates you from the rest?

Greenspan: My passion for what I have to say. I believe every word of it and stand by it… and the life that I feed into the music… I think its a friendly energy.

El Solo Dolo: Why should people support you opposed to the other underground artists?

Greenspan: I think people should do what they want. I love and appreciate anyone who enjoys a
Greenspan record, honestly. People don’t owe me that. But I whole-heatedly love when an individual can honestly appreciate what I have created.

El Solo Dolo: Do you think dumbing down your music is necessary for people to accept you?

Greenspan: No and yes.. It depends on your customer… I feel like there is a market for ‘dumb shit.’ It all depends on who you’re shopping the music to. As an artist, I feel like I must do what I want, so if I would like to make a record for America’s Best Dance Crew or a Country western record… than I will go for it. Depending on my interest at the time.

El Solo Dolo: Some of my peers believe that hip hop is boring nowadays. Do you agree or disagree with the statement and why?

Greenspan: I tell people: If you don’t like it, don’t listen to it. If you rather hear Hot Boyz, you may not be a fan of anything that came outof Rawkus Records; and vice-versa. My lil cousin loves Gucci Mane. I tried to tell him about a Raekwon performance I saw in Texas (@ SXSW).. he asked, “Who’s Raekwon?” I was quite furious… but everyone’s interests are different.

El Solo Dolo: Being from Baltimore, How do you blend the Baltimore culture into your style of music?

Greenspan: I believe it shows in me being me. I don’t necessarily try to incorporate more Baltimore as if it’s an ethnic thing or anything like that… but I like Baltimore Club Music. lol

El Solo Dolo: Your mixtape dropped last week. How do you feel about your work that was released on When The Sky Turns Green mixtape?

Greenspan: I enjoyed creating the tape. I didn’t plan for it to sound any particular way, it just came about and I am enjoying the final product.

El Solo Dolo: How did you and Judah link up to do the mixtape?

Greenspan: I met Judah @ Jin on 14th & U st. I was introduced to him and I told him I enjoyed his work that I was familiar with and we went from there. He heard GOT GREEN and we decided to make music.

Greenspan: LOL… we work on the tape for a few months. There weren’t really any real obstacles, just deciding between stamps and waiting for artwork to be completed.

El Solo Dolo: What are some projects that you are currently working on at this moment?

Greenspan: A studio album, “Live Now / Be Cool” and some videos and stuff

El Solo Dolo: Is there anything we forgot that you want people to know?

One thought on “Crabzinabarrel.com Interviews Greenspan”