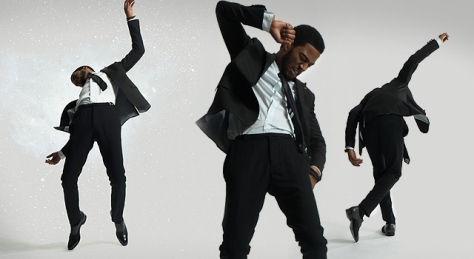 What’s up y’all I’m just going to warn you now.  This is a rant.  But sometimes you read things that don’t make no damn sense and well me being me I gotta keep it real.  This whole Kid Cudi taking shots at Wale in an interview thing came out yesterday and I just have to point some things out cause Cudi seems to have a bad case of big head syndrome from Kanye.  Who knew it was contagious?

Now let me start off by saying both these dudes are average ass rappers.  I like their music but I aint even gonna front like they be on some ground breaking amazing s***.  Wale got a nice flow and talks about real stuff and Cudi likes to be all spaced out and doing things that are unconventional.  Like I said I like both these dudes but I can’t let these comments slide cause dude done went all “Kanye” on us. Lets examine what Cudi had to say in complex magazine about Wale just in case you live under the proverbial rock and missed them yesterday.

“You’re big on not having your music compared to anyone else’s.

Kid Cudi: Did you see that Wale interview that he just did, comparing us to sports? Let me clear this up: I’m incomparable to anybody. I don’t care how people take that. No one can compete with me. I’m unfuckwittable; no one can knock me off my shit. I’m an unstoppable force, I’m a bullet. My trajectory is to the sky. Niggas got to do something really spectacular to fuck with me and my realm, and niggas be so bitter that you hear it in their voice.“

Ok he might have been on E when he said this cause he is feeling himself a little too much.   He’s a good artist but not that good.  Dude thinks he is on Kanye’s level but people aint seeing that. Thing is that aint even what got me bugging he sticks his foot in his mouth more.

“Speaking of Wale, when you hit that fan at your show last December, he came out with a line about it [“Throwin’ ’round wallets like the dude that Kid Cudi hit,” from “Thank You Freestyle”].

Kid Cudi: It wasn’t a shot, it’s just a simple-ass rhyme by a simple-ass rapper. You can’t let that shit faze you. That’s one of those raps that just shows the world that you wack. Why would you even use that as a metaphor? Everybody think they Hov. Niggas ain’t got the magic like they think they do; there’s only a couple of wizards in this game. I’m a wizard and I know it.”

Pot calling the kettle black much?  Kid Cudi is in no position to call anyone a simple rapper.  That’s like Rick Ross calling Fat Joe fat. Or Diddy going at Dr. Dre for having a ghost writer.  The s*** don’t make sense.  Half the time Cudi don’t even rhyme when he raps (ironically enough neither does Wale) so for him to come out his mouth calling another rapper “simple” almost made me spit out my koolaid when I read that.  And the whole “wizard” in the game thing is comical.  Come on dude, you yourself fall into the category of “niggas who ain’t got the magic like they think they do.” Heed your own advice.  You would think that after these comments he would realize he is making a fool of himself but he continues…

“Are your peers not seeing that?

Kid Cudi: The last album, I let people dis me, throw out those jabs in their verses and have their little slick remarks. This time around, I’m not fucking around. I have no time to think about other niggas. These other motherfuckers like feeding off another nigga’s energy, so they mention their name. You hear me talk about niggas? I don’t even talk about Kanye, and that’s my homeboy! They talk about Kanye like they’re bosom buddies with this nigga. Talking about “I be in Hawaii”—man, shut the fuck up, why you got to tell everybody everything? Then people like Wale get mad that ‘Ye ain’t give him no beats—’Ye ain’t give you no beats because we ain’t fucking with your raps. It’s not a conspiracy theory. We don’t fuck with you musically, so we’re not going to provide music for you. The shit is a service, it’s a quality of a certain standard. Niggas are just so thirsty it’s ridiculous. I’ve been eating humble pie forever, and people still call me an asshole. These people don’t know my fucking life—now I’m going to give them something to talk about“

Hold up son you don’t “talk about niggas” but the first thing out your mouth is “Did you see that Wale interview?”  You say you don’t talk about Kanye like you bosom buddies but you saying “we” to validate your opinion about Wale being wack.  Think before you speak.  The time Kid Cudi has been spending with Kanye sure has gotten to his head.   Not even Drake sounds this cocky when he is talking about Young Money and he done accomplished ten times more than Cudi and his one hit song has.   I’m going to be real.  Besides his fans I don’t know anyone who even has Kid Cudi on their radar.  No one is really checking for this dude like that.  His hype died down after “Day and Nite”  But I guess what better way to create a buzz for yourself again than to get into a rap beef right?  But he is right though.  We are talking now.   Talking about how dumb he sounds.

This whole “beef” screams Soulja Boy vs Bow Bow?  You know the type of beef where you tell both sides to just sit down and shut the f*** up cause you ain’t really trying to hear from either of them?  Cudi needs to be eating that humble pie he claims he has been eating cause his head is getting a little too big.

You can read the full interview from Complex magazine here.  Asides from the I’m the king of the world foolishness it was an interesting read. http://www.complex.com/CELEBRITIES/Cover-Story/Kid-Cudi-2010