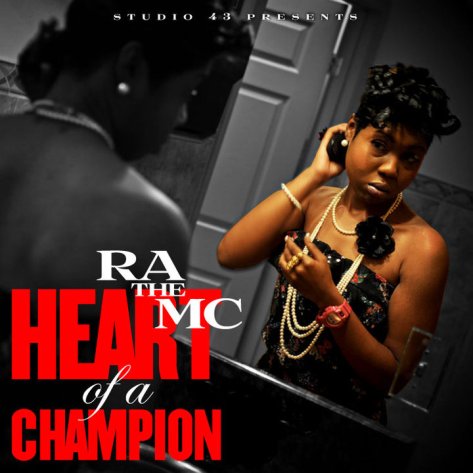 Fresh off the plane from the Motherland, I made my way to the listening party for our girl RAtheMC and her new LP “Heart of a Champion”.  I have to say I’m in love with the new project.  RA is now down with the Studio 43 movement and it seems like a match made in hip-hop heaven.  Her slick rhymes over AB the PRO beats are magic!  Not only does she give us the hard hitting verses of hip-hop veteran but she sings like a hummingbird in spring.   Before the end of the night I knew all the words to chorus of “One Shot”.   It’s sort of addictive.

“Heart of a Champion” just dropped Tuesday on DJBooth.net and has already garnished features on Washingtonpost.com and ABC 7’s website. Not to mention RA had the honor of performing with the legend Nas on Sunday night.  The CNB fam has been following her for a long time and is really proud to see her come so far!

Pics of RAtheMC, El Solo Dolo and I at the party after the jump 🙂

END_OF_DOCUMENT_TOKEN_TO_BE_REPLACED

Saturday, April 17, 2010 the crabzinabarrel.com family  was at the Historical Society of Washington DC for the pre-viewing of the DMV documentary “Bridging The Gap” a documentary on the history of DC hip hop presented by Judah (@JUDAHontheBEAT), Sophia Nelson (@TheHistorianDMV), and Dre (@dre_abb_video).

Although the screening was just 20 or so minutes long we definitely liked what we saw.  The documentary did a great job of capturing the view points of some of the founders of the DC hip hop scene, spotlighting the achievements of artists like Black Indian, Section 8 Mob and  Stinky Dink.   They didn’t only focus on the past but incorporated the opinions of newer artists like X.O. and Luegar.  Some noticeable attendees at the event were rappers WhiteFolkz and Dana Renee.

After the film there was a 30 minute Q & A session in which Judah, Sophia, and Dre  answered questions about the film and DC hip hop in general.  This event was only a preview and not the finished product so we are looking forward to seeing the final cut.   When it is done you can expect to hear about it here first on crabzinabarrel.com. Check out more pics and video from the question and answer session when you read the rest of the entry!!!

END_OF_DOCUMENT_TOKEN_TO_BE_REPLACED

” I don’t owe nobody sh*t stop asking”- Machine Gun Kelly. Umm I wish I could say that but I can’t because I owe so much money in school loans I need to take a sip of some wine just thinking about it. I gotta ease my mind when I start to think about all the money I owe. But anyways I didn’t come on crabzinabarrel.com to talk about how much money I owe but I did come on here to suggest that yall download Machine Gun Kelly’s mixtape  “100 Words and Running.” He is a talented dope rapper repping Ohio so please check out the promo video below and then download his mixtape at http://www.tinyurl.com/MGKmixtape 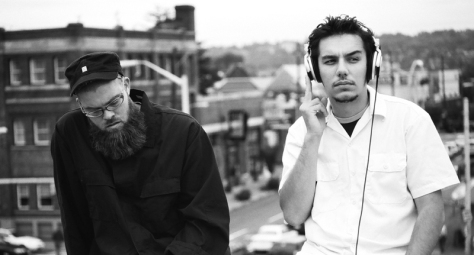 So during the DMV’s Snowpocalypse 2010, I was able to catch up on a lot of stuff.  I actually cleaned up which was a task in and of itself.  I caught up on some movies and some TV.  And while watching CurrenTV I stumbled upon a show on music from the Pacific Northwest.  Most of the bands were a little weird even for my taste, but I did however discover the hip-hop genius duo out of Seattle known as: Common Market.

Common Market is your typical 1 rapper (Ryan “RA Scion” Abeo) and 1 producer/DJ (Alexei Saba “Sabzi” Mohajerjasbi), but with atypical results.   No newbies in the game, the pair has been making music together since 2005, and it’s clear they’ve reached a comfortable stride together; it just sounds right.  So good in fact that KRS-One invited the on tour with him after hearing an advanced copy of their first album also called “Common Market”.  Since then, they’ve released 3 more projects together, including the critically acclaimed “Tobacco Road”.

If anyone is longing to hear music that is both genuine and relevant;  smart and funny, then you will be able to appreciate Common Market.  While it was snowing I kept watching the video for their track “Tobacco and Snow Covered Roads”, in which RA Scion spit about typical plights of a rapper, shows getting cancelled, other rappers stealing beats, beef, all while he just really wants to dig out of the snow to get a pack of cigarettes.  You’ll love “Trouble Is” which tells the story of a farmer, who is rejected by the community where he settles.  I can only assume it’s a metaphor for gain acceptance in the hip-hop community.  You know typical CrabzInABarrel behavior.

END_OF_DOCUMENT_TOKEN_TO_BE_REPLACED

“Hands Up get your hands up”  when this song comes on I just sit in my room and nod my head (you know that head nod that you can’t control it only happens when you hear a song that you think is the s*it lol) . I love this song so please check out the video!!!!!!!!!!!!!

This is a new track from a CrabzInaBarrel.com fav, X.O. His new track is called “Do It” and X.O. is telling us why he does what he does so well. Earlier this week The Washington Post wrote about the now infamous 9:30 Club show, saying that X.O. (and Kingpen Slim) “showed great potential”. They’re just reinforcing what the rest of us already know! This track is the first leak off of X.O.’s upcoming project “One One Ten”. Enjoy, cuz he’s doing it for you!

Here is some new music from Main Girl, Willie The Kid, and Cory Gunz that I wanted to share with you all……….Enjoy! 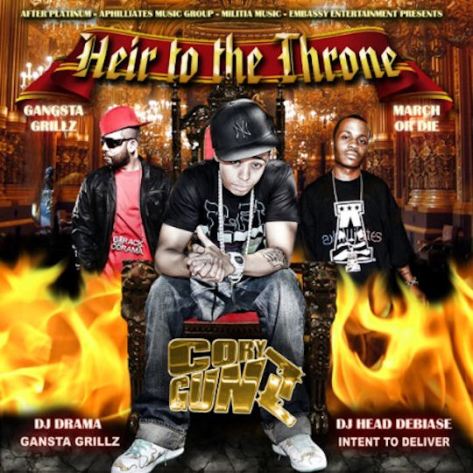 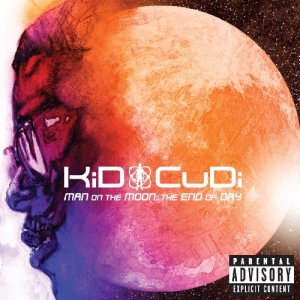 Hip Hop’s newest artist, Kid Cudi, released his full length album, ‘Man On The Moon:The End Of Day”, that everyone has been waiting for: on the 15th of September. This album is a must get. When Cudi released his mixtape, ‘A Kid Named Cudi’, people were going crazy over it. He released ‘Day and Night’ and people were playing it literally day and night. Kid Cudi had to live up to the bar he raised and he definatly did it because his new album is what we wanted to hear. The CD has a Hip Hop/Electro rock feel to it ; which makes it different. With hits like : The Sky Might fall, Enter Galactic, Heart of a Lion, and In my Dreams you can really get a feel of what is going on in Cudi’s mind. ‘Man On The Moon’ is a great album that everyone should hear.